These are some of the questions that I raise in my research- and development project. In order to answer these questions, I need helt from the TRAVERS artists taking part in the camp at Glyptoteket in November 2018.

THE PURPOSE OF THIS PROJECT IS…

To develop methodological tools to work with hybrids between music and performing arts.
To describe a conceptual device that can strengthen the practical and aesthetic understanding of interdisciplinary activities.
To contribute to developing the field between music and performing arts so it gets its own interdisciplinary professionalism on its own premises.

The first part of my work hypothesis is that hybrid forms between music and performing arts, which do not fall within the well-known genres live a fragile project-like existence (in the institutions, be it scenic, musical or educational) because one has not yet developed a conscious language, a specific professionalism and an artistic / theoretical awareness of the field.

The second part of my hypothesis is that through a closer study of a particular domain within music’s own field, which I have called “Music as Theater”, you can spell out a number of basic principles that make it possible to work with hybrid forms between music and performing arts. These basic principles will form a framework for building a set of operational concepts that can stimulate a critical dialogue that is a prerequisite for fertile development of the area.

The final part of my hypothesis is that through the exploration of these basic interdisciplinary principles, one can contribute to developing a practice-oriented model for methodological work in the hybridization of music and performing arts.

THE 3 PHASES OF THE PROJECT

The first phase of my project includes an initial study of the reflections, forms of cooperation and methodological approaches brought in by the participating artists in the TRAVERS program in November 2018.

The third phase includes tests of the concept apparatus and the methodological model. These tests will be conducted with students at the Danish National Academy of Music, the Danish National School of Performing Arts and artistic teams associated with Travers in May 2019.

I have developed a questionnaire with a number of questions, I would like all TRAVERS artists to answer. Your answers are essential for me to narrow in what kind of practical and aesthetic discourses that make the fundamental background for interdisciplinary creation processes.
Write from the heart – I’m interested in your observations. I am interested in getting close to the creative practice. – I hope you will join.

After the TRAVERS camp (November 2018) all TRAVERS artists will receive a mail with the questionnaire and some info about the project and with a deadline for their response.

WHO IS BEHIND THE PROJECT?

Bent Nørgaard (1957) is a Danish artist. He works as a director, librettist and a playwright and teaches at the Danish National Academy of Music. He has mostly worked with new written chamber operas in Denmark. The last 5 years Nørgaard has been an artist in residence at Esbjerg Ensemble, with whom he had staged several concerts. From 2004 – 2010 he was head of the Center for Arts and Science at the University of Southern Denmark, where he curated cross-disciplinary works between artists and scientists. Nørgaard’s artistic research includes studies in the composer’s own work with hybrids between music and theater from romanticism until today. 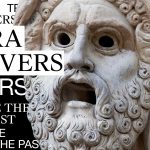 Public program for Face the Past out nowBulletins 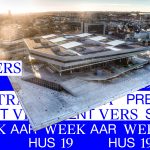