In May 2019 TRAVERS camped for the second time, this time right by the habour at Dokk1, Aarhus’ new interactive culture center. The surroundings were immersed into the topic of this year’s camp: meet the present, with the constant flow of the city’s students working at Dokk1, families playing in the children’s area, pensioners reading among the rows of bookshelves and the intense buzzing of people joining the annual Internet Week Denmark conference that  took place at Dokk1 at the same time as TRAVERS. All together, this engendered a vibrant atmosphere which blended into the TRAVERS camp and made the present very present indeed.

Every morning the campers would meet by the car parking to have a Daily View (see the photo), initiated by dramaturg Aljoscha Begrich. Each day a new “viewer” presented her/his take on the scenario surrounding us, which was mediated through headphones. It was a very enriching and engaging way to start the day with a shared, yet quite intimate, experience.

40 artists from all over the world met each other at Dokk1 to take on a week of tasks which enabled them to cross borders from their individual artistic practices to the wider interdisciplinary art world. Together with the TRAVERS hosts, the artists worked in 4 different routes which had different topics, methods, dialogues and exchanges in focus. The participants challenged themselves by stepping out of their comfort zones to seek new ways to cooperate and establish new working methods. The present was explored through new media, performance acts, physical workshops, dialogues and reflections throughout the week and some of the users of Dokk1 found themselves caught suddenly in the middle of a small TRAVERS episode. The camp was rounded off by a presentation in which the campers showcased their work and ideas to the rest of the group. Here we all experienced a restaurant which served a delicacy  for pigs; a video art piece of the city of Aarhus from a pigen’s point of view; graphical works of conceptualizing and re-conceptualizing; a performance utilising books, and their bookcases, accompanied by traditional musical instruments from the Baltic countries; a bodily experience sprung from a sentence; the Daily view remastered; a video that revealed the secret behind automatic car parking; and much more from the camping artists’s cooperation throughout the week.

Alongside the routes, TRAVERS also presented a public program of artist talks. Author of graphic novels Halfdan Pisket and philosopher Brian Benjamin Hansen engaged the audience in an intimate talk about the potential of pessimism in local and global issues, whilst composer Helmut Oehring, professor Patrick Müller & interdisciplinary artist Kristoffer Ørum discussed gender equality in the deaf community, mythical narratives of identity, Hamlet & beetroots. Director Lola Arias and multidisciplinary artist Margret Bjarndadottir discussed the definition of “amateurs” and talked about the process of bringing “real people” into the art work as themselves. In the middle of the week, interdisciplinary artist Kristoffer Ørum presented his performance lecture, A Long Sticky Now, which took the metaphysical implications of the present to the next level partly through conversations with his house plant…

In this camp TRAVERS also presented two performances in cooperation with SPOR Festival for contemporary music and art. The first was EURYDIKE? volume 1 (2019) which combined an audio-video-installation and physical performance created by Helmut Oehering and his team. The second, No Tomorrow,  intertwined contemporary dance, acoustic guitars and choral voices, and was conceived by the Icelandic choreographer Margret Bjarnadottir, who is also a TRAVERS host, and Ragnar Kjartansson in collaboration with the Icelandic Dance Company. The performances gave a shared reflection ground for the TRAVERS campers and illuminated the different outcomes of cross artistic collaboration.

At the end of the week all the campers engaged in a visionary meeting that looked to the future of cross-disciplinary artwork. The meeting was moderated by Monna Dithmer and had four key speakers: artistic director of Reykjavik Arts Festival Vigdis Jakobsdottir, creative producer Cathie Boyd, opera producer Birgitte Holt Nielsen and choreographer Kasper Daugaard Poulsen. After the speakers shared their knowledge, insights and hopes,    the entire camp engaged in round table discussions about their futuristic visions of traversing through art to create new interdisciplinary artistic collaborations.

Photo highlights of the week can be viewed here. 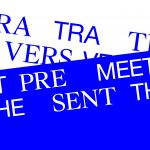 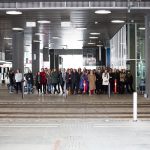